In July 2014, New York’s Compassionate Care Act (“CCA”) was signed into law. The CCA took effect in January 2016 and made medicinal marijuana use legal in New York. New York is now one of 29 states where medical marijuana use is legal under state law, along with the District of Columbia.

Nevertheless, there are limitations on the protections given to employees under the CCA’s non-discrimination provision. Most importantly the CCA explicitly provides that the non-discrimination provision “shall not bar the enforcement of a policy prohibiting an employee from performing his or her employment duties while impaired by a controlled substance.” While this limitation may provide some comfort for employers, it may be difficult to implement. Unlike alcohol tests, which only result in positive findings when an individual is under the influence of alcohol, drug tests for marijuana will result in positive findings for weeks after use. Thus, a certified patient could test positive on a drug test administered during working hours while never having been under the influence at work. Employers will therefore have a tough time establishing that an employee was working while under the influence, and a termination based on an employer’s claim that a certified patient was impaired at work without substantial proof of impairment may lead to a claim that an adverse action was a pretext for discrimination.

The CCA also provides that the non-discrimination provision “shall not require any person or entity to do any act that would put the person or entity in violation of federal law or cause it to lose a federal contract or funding.” While many states have passed legislation allowing medical marijuana use, the federal Controlled Substances Act still lists marijuana as a Schedule I banned substance. The provision in the CCA stating that no person or entity will be forced to do any act that would be in violation of federal law or cause it to lose federal contracts or funding is therefore likely to be significant to many employers. Those employers face a difficult task of complying with the CCA to the extent they can, while simultaneously taking care not to run afoul of federal regulations. For example, employers with commercial drivers subject to regulation by the federal Department of Transportation (“DOT”) must be aware that the DOT has explicitly stated that medical marijuana users cannot meet DOT drug testing requirements despite the existence of state marijuana initiatives.

In Coats, an employee using medical marijuana in accordance with state medical marijuana legislation was fired from his employment as a result of a failed drug test. He then sued his employer pursuant to Colorado’s “Lawful Off-Duty Activities Law,” which prevents employers from discriminating against employees for engaging in “any lawful activity” outside the scope of their employment. Despite the fact that the employee’s marijuana use was legal pursuant to state medical marijuana law, the Colorado Supreme Court found that medical marijuana use was not a legal activity under the Lawful Off-Duties Activities Law because it was illegal under federal law, and the employee’s case was therefore dismissed. Many state and federal courts, including courts in California, Washington and Montana, have issued similar decisions.

There are currently no reported decisions from state or federal courts in New York regarding the CCA’s non-discrimination provision. In 2017, the New York City Office of Administrative Trials and Hearings (“OATH”) held that the Taxi and Limousine Commission (“TLC”) could not revoke a taxi driver’s TLC license solely because of the individual’s status as a certified medical marijuana patient. The OATH Administrative Law Judge relied on the CCA’s non-discrimination provision as the basis of the determination.

While this decision might seem significant in the first instance, it is really of limited value to New York employers. The OATH is an administrative court with no binding authority on state and federal courts. Also, the driver involved had stopped driving due to his underlying medical condition and only sought to maintain his TLC license so that he could return to work if his condition improved. The OATH judge specifically noted that the decision did not address the effect of the CCA’s non-discrimination provision in a proceeding regarding the driver’s ability to safely operate a vehicle as required by the TLC if he did return to work.

The impact of the CCA, and that of state medical marijuana legislation nationwide, will vary widely from employer to employer; however there are some steps that all employers can take to make sure they do not run afoul of the CCA’s non-discrimination provision or jeopardize the receipt of federal grants or contracts as a result of their efforts to comply with the CCA.

The employment attorneys at Melvin & Melvin will continue to monitor developments in this area and are prepared to assist employers in navigating the emerging and difficult issues presented by state medical marijuana legislation and the associated conflicts with federal law. 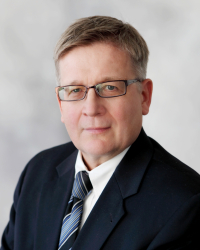