The purpose of SBRA is to make it easier for smaller businesses to use Chapter 11 of the Bankruptcy Code to reorganize their debts, and continue operating. This new statute was necessary because the existing bankruptcy laws did not adequately accommodate the interests of smaller corporations and limited liability companies that needed to reorganize their debt and continue operating.

Under Chapter 13 of the Bankruptcy Code, an individual can restructure and discharge his debts and automatically retain all of his property.

The only way a corporation or limited liability company can file bankruptcy, restructure its debts, keep all of its property and continue to operate its business is to file a case under Chapter 11.

However, the procedures for filing and prosecuting a case under Chapter 11 are notoriously cumbersome and often very expensive.

If a company cannot get its plan confirmed then most likely the Chapter 11 case will have to be converted to Chapter 7, and then the business will be liquidated. Many companies, particularly smaller ones, do not bother filing Chapter 11 because they know in advance that their relationships with their unsecured creditors are so bad that they could never win approval of any plan.

In many Chapter 11 cases, particularly the smaller ones, a single creditor holds a claim that is more than one-third of the total amount of all unsecured claims. Most frequently this occurs where the value of the collateral securing a large debt is not sufficient to cover the entire amount that is owed to that creditor. That one creditor, usually a bank or other institutional lender, by itself can – and often does — prevent confirmation of the company’s plan by voting to reject it, even though all the other creditors have voted to accept it.

The biggest single innovation contained in SBRA is its near-elimination of the ability of the general unsecured creditors to block confirmation of the plan of reorganization of a “small business debtor” (as defined in the statute).

(1) All creditors holding secured claims are paid the amount of their claims or the value of their collateral, whichever is less; and

(2) All of the company’s projected disposable income for a period of three to five years will be used to pay creditors under the plan.

In order to be eligible to use the new procedures available under SBRA, a corporation or limited liability company must fit the definition of a “small business debtor”. Under the original 2019 provisions of SBRA, a “small business debtor” is one whose non-contingent liquidated debts, both secured and unsecured, do not exceed the total of $2,725,625.00.

If you have any questions concerning SBRA, or whether filing a Chapter 11 case as a “small business debtor” could be advantageous for your company, please call one of the business bankruptcy lawyers at Melvin & Melvin (315-422-1311): Louis Levine, Esq, Kenneth Bobrycki, Esq., or Teal Johnson, Esq. 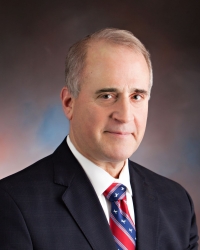 If you have any questions concerning SBRA, or whether filing a Chapter 11 case as a “small business debtor” could be advantageous for your company, please call one of the business bankruptcy lawyers at Melvin & Melvin (315-422-1311): Louis Levine, Esq, Kenneth Bobrycki, Esq., or Teal Johnson, Esq